Growing up I had this group of friends.  There are four of us, and everyone always referred to us as “the four”.  I guess it was just easier that way, I don’t know.  We’re all within 54 weeks of each other in age and we were in two different grades at four different schools but went to the same church.  We’re two brunettes, and two blondes.  We were two band geeks and two average students.  Together we have one older brother, four younger brothers and one younger sister (and I’m an only child, so you do the math on that one). 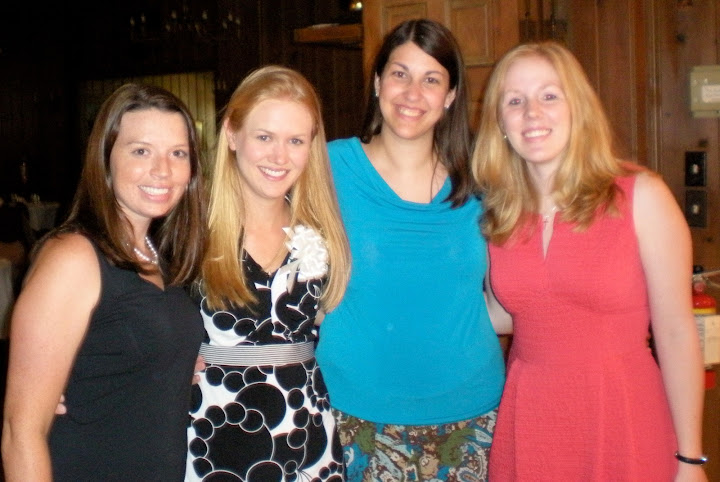 These three girls have been some of the most important people in my life for a long time.  I had their phone numbers memorized, they knew exactly when to call my house so that I would answer and not my mom (who would always say “Call back when it’s daylight”, even if it were winter and only 6:30 in the evening and we were just sitting around watching TV).  We were always together, we had the usual inside jokes that were only funny to us (pooltable!) and all of that. 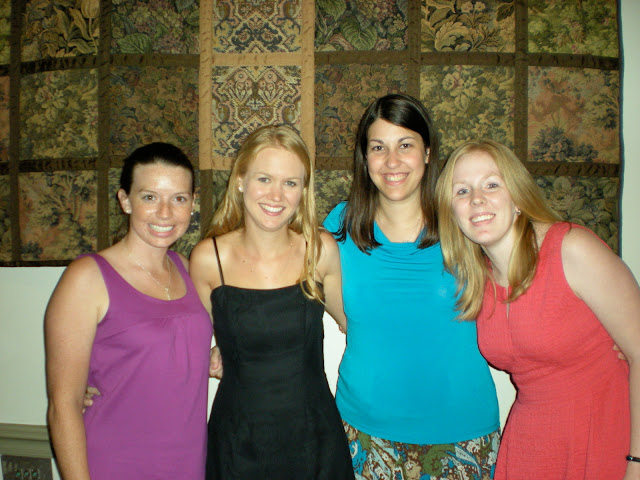 Sadly, as can happen, we drifted apart when we went to college.  We went from living 15 minutes apart, to being spread across the state, almost seven hours apart.  We got busy, we made new friends, we dated.  We had band practice and fraternity (yes, fraternity – it’s co-ed) events and dance competitions and midterms pulling us apart.  But one day, I got a phone call.  LB was about to get married and she wanted us as bridesmaids. (please ignore the creepy red eyes in this picture)

I’ll save you lots of in the middle details of a few more years of college, and intermittent contact but I just was thinking today of how grateful I am for these girls.

Today when I got a text message from LB saying that S was unexpectedly admitted to the hospital this morning with what they though was a ruptured ovary (it turned out just to be inflamed and she’s home now and doing fine) I thanked God again for these three girls.  These girls who would drop everything, walk out of their classroom full of students and come right to you if you needed them.  Girls who call on your birthday every.single.year without fail.  Women now, but always “the four” girls to me.  I have other friends, other really good friends who are more sisters than friends, but there is just something about our group that is special, and can’t ever be duplicated.  And luckily, our husbands get along pretty well too 🙂

And look!  We don’t always stand in the same order!